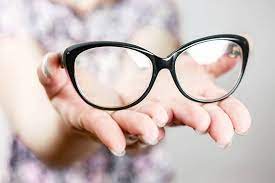 These figures are expected to increase substantially due to population growth, ageing, and changes in lifestyle such as reduced time spent outdoors, and greater time spent on intensive near vision activity. Combined with limited access to eye care, particularly in low- and middle-income countries, half of the global population is expected to be living with a vision impairment by 2050.

Moreover, the burden of eye conditions and vision impairment is not borne equally: it is often far greater in people living in rural areas, those with low incomes, women, older people, people with disabilities, ethnic minorities and indigenous populations.

Achieving the targets endorsed at the 74th World Health Assembly this year and in this new resolution will require the combined and proactive efforts of all stakeholders to fully integrate eye care within national health services including at primary health care level and to ensure that the eye care needs of more people are addressed through prevention, early detection, treatment and rehabilitation. In addition, collective efforts to monitor progress toward the targets will also be required.

Subscribe to our weekly newsletter below and never miss the latest Updates.

Thanks, I don't want to see this message again

This website uses cookies to improve your experience while you navigate through the website. Out of these cookies, the cookies that are categorized as necessary are stored on your browser as they are essential for the working of basic functionalities of the website. We also use third-party cookies that help us analyze and understand how you use this website. These cookies will be stored in your browser only with your consent. You also have the option to opt-out of these cookies. But opting out of some of these cookies may have an effect on your browsing experience.
Necessary Always Enabled
Necessary cookies are absolutely essential for the website to function properly. This category only includes cookies that ensures basic functionalities and security features of the website. These cookies do not store any personal information.
Non-necessary
Any cookies that may not be particularly necessary for the website to function and is used specifically to collect user personal data via analytics, ads, other embedded contents are termed as non-necessary cookies. It is mandatory to procure user consent prior to running these cookies on your website.
SAVE & ACCEPT